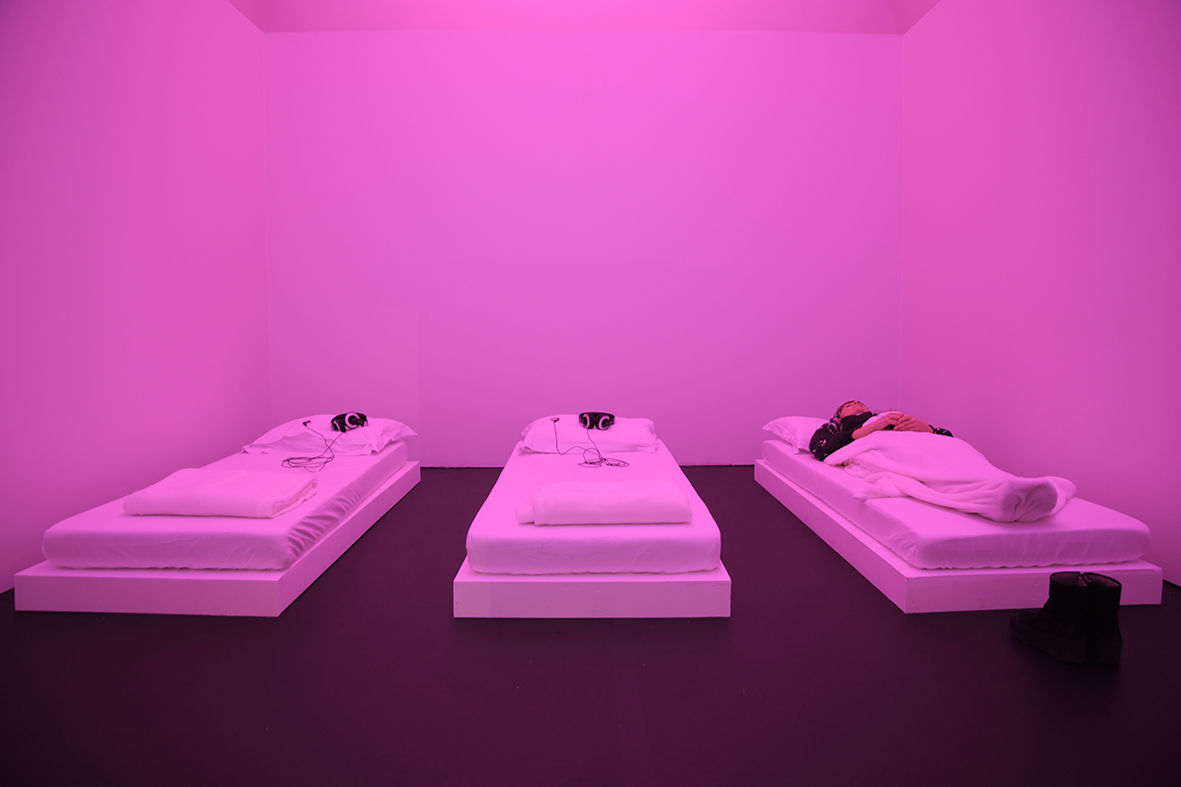 The sound installation Nytt fra ingensteds (News From Nowhere) is based on William Morris’s novel News from Nowhere (or An Epoch of Rest) from 1890, a literary classic combining utopian socialism with soft science fiction. The story begins with the narrator – who is living in London during the industrial revolution- falling asleep after coming home from a trade union meeting. As he wakes up, he finds himself in a future society that neither practices private ownership, leadership nor class division. The main character follows one of the inhabitants, and together they set out on a journey along the Thames. Through people he meets on the road the reader gets an introduction to the social order, which among other things practices full equality between man and woman. The community and the joy people find in nature and their work is the driving force in society.

My version of “News from nowhere” takes the audience on a guided tour into a future, utopian version of the town of Skien. The sound image takes the starting point in a fantasy about how the landscape in the area of ​​TKS would sound like in a world in where man lives with, and not at the expense of other living beings.