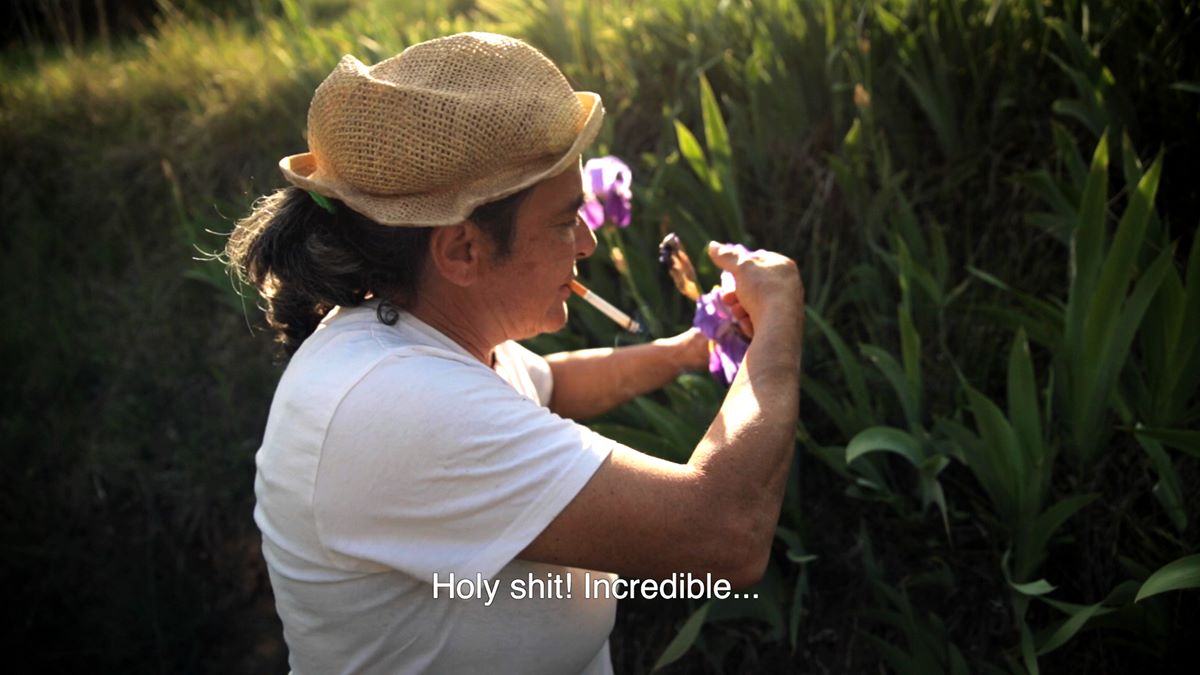 The Agronaut is a documentary film that follows Montserrat Canudas Jorba, who lives like a hermit on her farm outside the village of El Bruc. The Agronaut takes us on a journey through time – from the era of fossils and into the future as Jorba envisages it –  and presents the viewer to a cyclical perspective on life. The title of the film, taken from the pun Jorba uses to describe herself, plays on the Argonauts of the Greek myth of Jason and is an acknowledgement of Jorba’s own role as a navigator in the landscape she lives in and off. Jorba’s retelling of the history of the surrounding area, its landscape and the people who have inhabited it, is interspersed with images and stories from her life on the farm – a life lived in acceptance of the mechanisms that shape our surroundings. “We’ll all return to the earth,” she says in the film. “We too are biodegradable.”