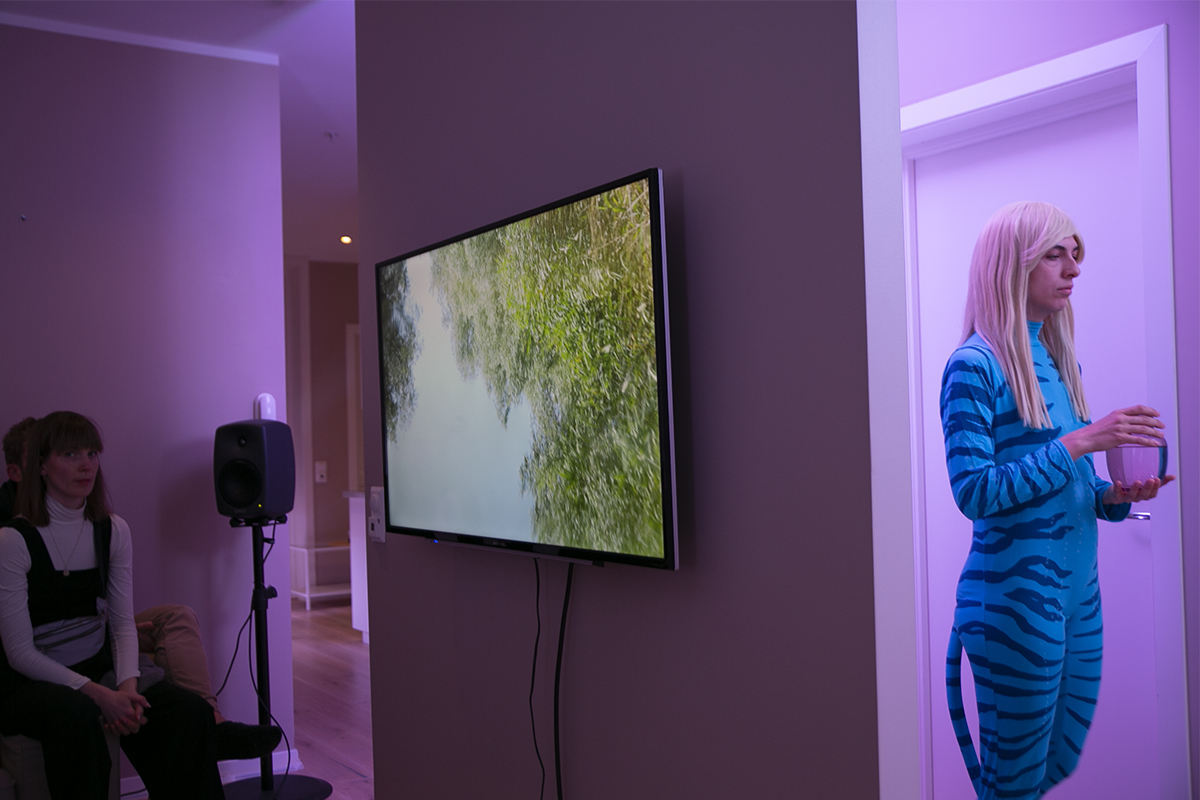 Performance in collaboration with Georgiana Dobre and Vera Dvale.
Shown on secret location in relation to my solo show The Lower Volume of Things at

Epilog to solo show titled The Lure of Gold at Knips, Bergen 2019.
Performed in collaboration with Georgiana Dobre, Vera Dvale and Unobtainium on secret location.

Light enters through a small hole at the front, then it is projected, forming an image at the back. This picture is flipped over and made sense of. After that, the image can be transferred and saved via text or audio formatting. The camera is working. Such a long time ago this apparatus was the precursor to painting. Pictures of animals were made with their blood. Now, so many years later, we are back to the camera again.

The Earth is growing under the sea as a volcano erupts. There are no survivors from the avalanche and buildings are destroyed in the earthquake. A bolt of lightning turns the sand into glass. After the tempest a calm falls over the lake; an enormous flock of birds flies away with a nonchalant and disinterested attitude.

A square, a triangle, a circle – light forms them into a cube, pyramid and sphere. At night the film is shot in black and white. During the day I can easily deal with the colour grading, no problem. The soundtrack tends to stay in sync without much trouble.

As high as the mountain is, it is still on the seabed. Above is the vast body of salty water and birds swim in it.