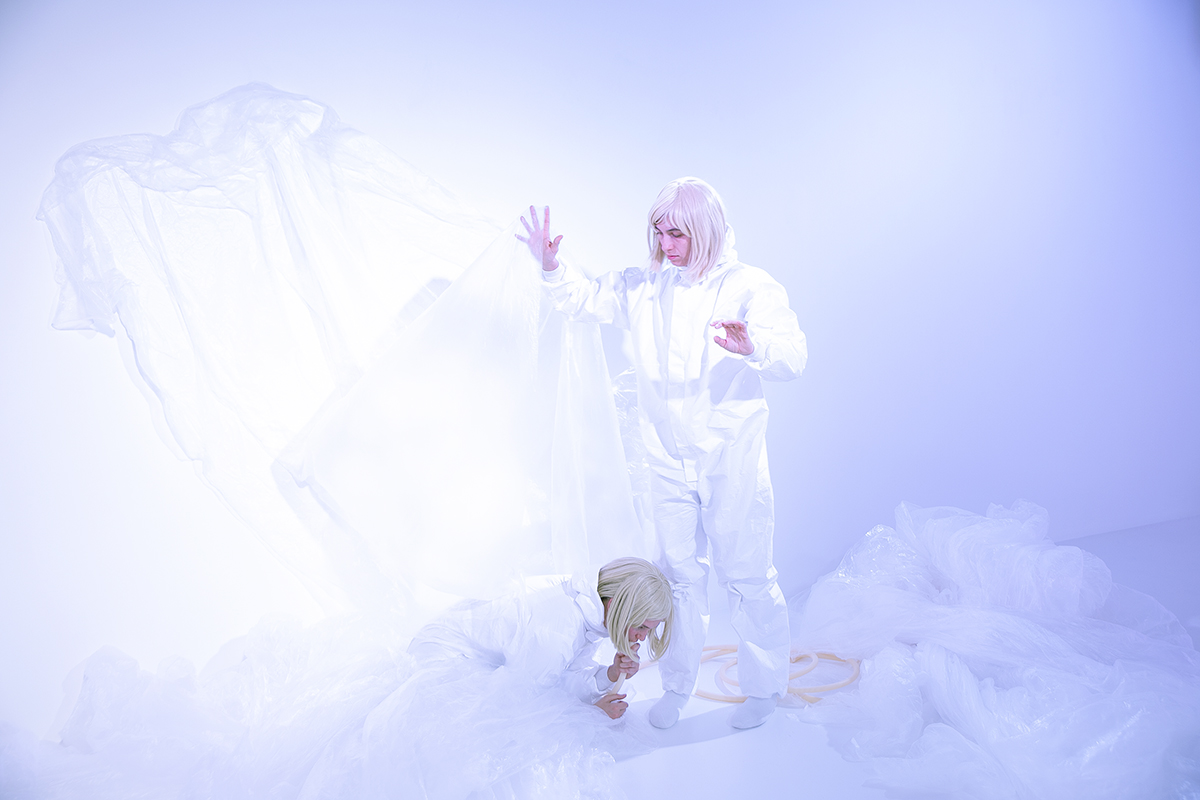 Made in collaboration with choreographer and performance artist Georgiana Dobre (RO/ NO) and perfromance artist Annika Vestel (NO/ SE).

Shown as part of my solo exhibition The Lure of Gold at Knipsu, Bergen 2019

“A blue, glossy, plastic being appeared in my dream. The creature had no head. No arms either. It consisted of some very long, thin, straight legs, like sticks, and a correspondingly long, straight stick-like body. It was clearly alive, and in the dream it was quite obvious that this being was me.

She was driving a train. As it descended from the hills, the locomotive accumulated a surplus of electricity through its own speed – a method that had replaced combustion fuel. The strongest impact she felt that the machine had over her body was when it descended from the top of the peaks with a very high speed. In that moment she would grind herself to the the body of the train. She became one with gravity, speed, and the body of the machine.

…So, it seems that we are all agreed, we’ve started in the wrong place, we’ve started with words not pictures. Yes, and in fact we want to get to a place way before all of that language.Sensorium first, intellect later…A stone is slowly getting smaller, but no, I mean it is really SLOW. It’s been at it for several million years already and weighs just a little less than when it was formed. The time it takes is not the issue and the slightest breeze will eventually blow the dust away.It’s ok, the Sun is still there.”

Text-collage with material from the performance artist’s diaries, and and excerpts form APOS, Three artists in the wilderness – 27 images by Giles Eldridge